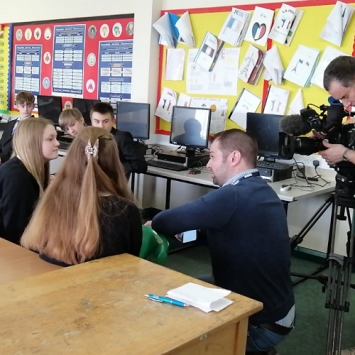 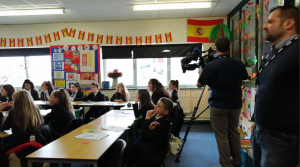 The BBC recently conducted a survey of all secondary schools in Wales to discover why the national figure for pupils studying a language GCSE has fallen by 57% in the last 10 years. Whitmore High is one of the only schools in Wales offering Spanish, French, Mandarin, Italian and Portuguese to all pupils.

The BBC therefore asked if they could film this to be included in a news item showing best practice and an example of a school in Wales where languages is viewed positively. The BBC filmed 7LG and spoke with French and Spanish GCSE pupils.

Mrs Walters-Bresner, as part of her role as Strategic Lead for Global Futures in CSC, was also invited to be interviewed live on BBC Wales Good Morning radio show. She said, “It was a very early start but a great experience.” 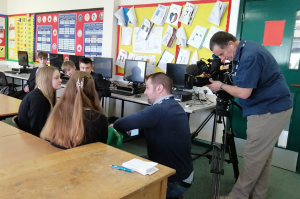