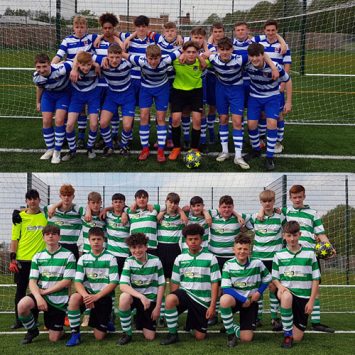 Earlier this week Year 11 fell just short in their quest for the Cardiff Cup trophy. After drawing 2-2, Corpus Christi nicked the match on penalties. To get to the final at all was an achievement itself, but it was disappointing for their last performance in the school to end in defeat.

However, year 9 boys were successful in their bid for success and after a superb match ending in a 3-3 draw, the boys managed to win 4-2 on penalties against Llanishen. This was a fantastic effort by the boys and they deserve massive effort after making it through to the final in an extremely competitive age group and then beating the Welsh Cup semi finalists.