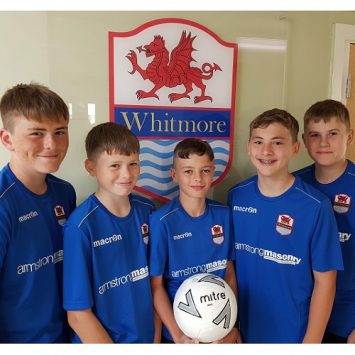 As the football season comes to a juddering halt and weekends are spent waiting for it to begin again, the summer can be a difficult time for all of those who love the beautiful game.  However, this year there is no such problem for the players of the Whitmore High School football team who are busy preparing for The Gothia Youth World Cup in Gothenburg, Sweden.

The tournament is the biggest of its kind in the world, has run for over 40 years and in July 2019 will welcome over 1800 teams from 80 countries.  The team participated in the tournament in 2015 and 2017 and achieved success in reaching the latter stages of the competition.  This year the boys hope to emulate this level of performance as go on and win the tournament this time around.  This year the team have group fixtures against two Swedish teams and opposition from Kuala Lumpur before more fixtures against international competition in the knock out stage.

Hearing of our plans, local company Armstrong Masonry stepped forward to make sure that we look the part during the tournament.  Armstrong Masonry have provided the team with training tops and travel tops which is greatly appreciated by all the players and staff.  Andrew Armstrong said “to be able to help out a local school football team when they are playing in such a prestigious tournament was something we felt we had to do.  It is great to be involved with a team with so much potential”.

In addition, the team have been selected to represent Wales in the Olympic style opening ceremony, which will be cheered on by a capacity crowd of 30,000 people in the Gothenburg stadium and a live television audience in Sweden, which is a great honour for all of the boys.  The team travel to Sweden on July 13th and to keep up to date follow us on twitter @WHS_Gothiacup . 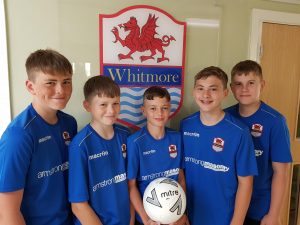